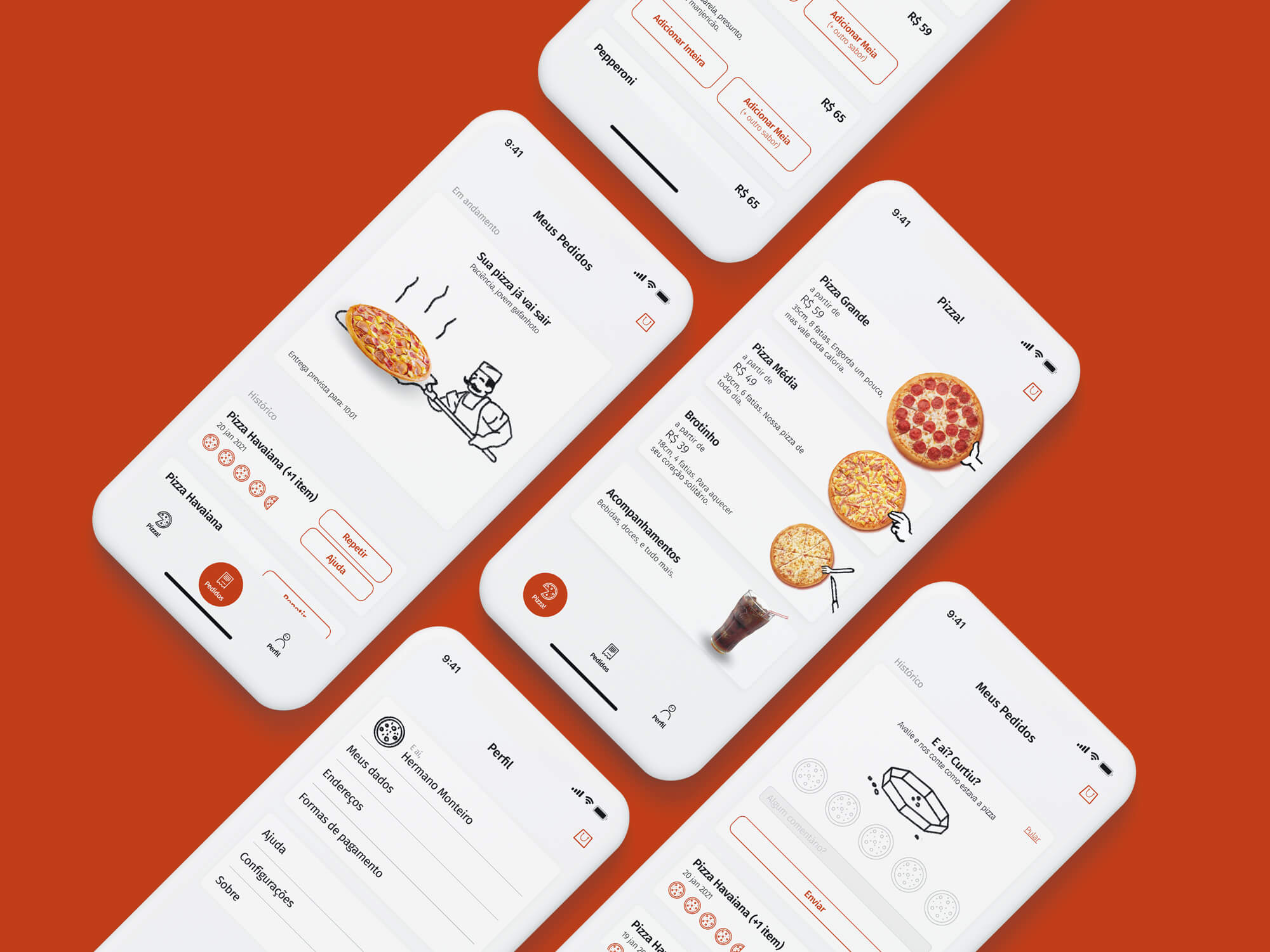 I was challenged to design a few screens for an app from scratch. I was supposed to design an app for a fictitious pizza restaurant, and I thought it could be a nice exercise to get into UX/UI design.

The briefing was simple: this traditional pizza restaurant from Belo Horizonte already has its clientele, but was losing space in the digital market. Other restaurants uses third-party apps (such as Uber Eats) to sell online, so Pizzaria Gonzaga wanted to create its own.

After some back and forth sketching, I started prototyping the app on Figma

My strategy was to focus the features on regional habits, and the feeling of the experience on a niche. The latter influenced the tone of voice and visuals used. The former influenced the user flow.

Besides the splash screen, when the app is opened for the first time, the user is greeted with an onboarding screen, that invites them to login.

The main screen is simple and straightforward. The user picks the size of pizza, or scroll through the sides and beverages.

After choosing the size, it's time to pick the flavor -- now it gets interesting. The user can select one flavor for the entire pizza, or mix two different flavors, all on the same screen. After clicking on the first half pizza flavor, the button changes color, and the option for whole pizza flavors is dimmed. It still works, but it shows an alert to indicate the user still has to pick another flavor for the previous half/half pizza.

The bag screen and the orders screen have also been streamlined.

Last but not least, the login screen. There is a bonus here. Not super important, but the user can change the profile picture to different preset ones. It's almost an easter egg, since the app is not meant to connect people, but it's a cool detail that makes whoever using the app a little more bonded to the brand.

Note: All the illustrations and branding was done (in a hurry) by me. As this was a UX/UI focused side project, I did not spent too much time on those.